noun / definition: A diverse community of people with shared interests, lifestyles and habits; a distinctive or close-knit bunch; a group of friends that becomes your family. 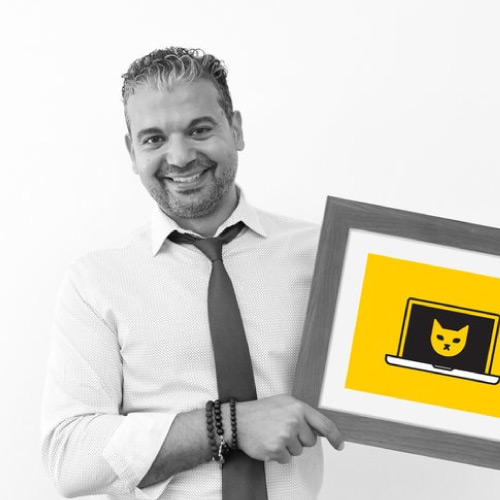 noun / definition: A diverse community of people with shared interests, lifestyles and habits; a distinctive or close-knit bunch; a group of friends that becomes your family.

How we came to be Tribe

I grew up in Alexandria, Egypt. A lower-middle class family with 2 kids, we lived in a low-rise building of five other apartments and got to know our neighbours very well. The people in that building shared more than just walls – we shared experiences, celebrations and grief. We were a community. A mix of elderly people and young families, we took care of each other, and everyone was well.

I already belonged to a tribe – my family are Coptic, one of the Indigenous peoples in North Africa. But the community in the building where I grew up became a tribe of its own. We came from different backgrounds, practiced different religions, and yet, there was a sense of belonging. This was our place, our home, and we helped each other with anything and everything – whether it was your next-door neighbour or someone living down the street.

But that sense of togetherness was missing when we moved to Canada in 1989. At 16, I was old enough to understand what had changed, but I thought that maybe this was just part of being a new immigrant; we didn’t speak the language, and my parents had taken basic labour jobs, starting from scratch to support our family.

But the longer I lived here, I began to understand that isolation between neighbours, which was such a shock to me, was considered normal. Vancouver even has a reputation for it – many of my friends expressed the same sentiment. Despite Vancouver being a big city, we felt alone.

That’s something that stayed with me, in the back of my mind, as I built a career in technology. I came to realize that the sense of togetherness and belonging that I had grown up with was something many people here had never experienced living in residential communities. It’s what drove me to want to build a company that connects people and builds community.

At Tribe, we work with the genuine hope that we can help neighbours feel better about where they live. That we can take one plus one and make three – creating a collision and opportunities for neighbourhood connections to take place.

We understand that the word “tribe” has its own journey and history. But to us, there’s no better word for what we want to help create. I grew up in a place where a group of people from different walks of life were brought together by the same common interest, in the same geographical area, with the same goals.  In my community, we used the Arabic word “qabila,” but the meaning is the same.

Our definition of Tribe: A diverse community of people with shared interests, lifestyles and habits; a distinctive or close-knit bunch; a group of friends that becomes your family.

We want the people living in the communities we manage to feel that we are going above and beyond the property management status quo – it’s about a lot more than building operations. We commit to doing our best to create the connective tissue that allows neighbours to lean on one another – even if it’s as basic as asking for a recommendation or helping search for a lost pet.

From the outset, our goal has been to simplify life for residents, owners, managers and council members. In 2012, we launched bazinga!, a complete suite of property management software and services to support residential communities. The name felt right for a technology company, but after we acquired a Vancouver-based strata management company in 2017 and entering the property management business, it was time for a change.

Tribe began as a code name for our new business – it exemplified what community meant to me. As we went through the process of trying to find a name, Tribe was the only one that stuck. We are focused on connecting people from all walks of life living in one community, on helping facilitate the same types of connections that I grew up with. At our core, almost four years later and now with over 200 employees, this remains our goal.

As a team, we’re committed to putting all of our energy, expertise and passion into ensuring that our buildings encourage a sense of belonging and that our residents are well taken care of. I can’t begin to explain how invigorating it is to have people from different walks of life come together behind a common purpose, something that is bigger than each of us individually.

It’s about communities being connected and coming together – that’s what a tribe is to us, here at Tribe.